As you come to him, the living Stone —rejected by humans but chosen by God and precious to him— you also, like living stones, are being built into a spiritual house to be a holy priesthood, offering spiritual sacrifices acceptable to God through Jesus Christ. For in Scripture it says:

“See, I lay a stone in Zion,
a chosen and precious cornerstone,
and the one who trusts in him
will never be put to shame.”

Now to you who believe, this stone is precious. But to those who do not believe,

“The stone the builders rejected
has become the cornerstone,”

“A stone that causes people to stumble
and a rock that makes them fall.”

They stumble because they disobey the message—which is also what they were destined for.

But you are a chosen people, a royal priesthood, a holy nation, God’s special possession, that you may declare the praises of him who called you out of darkness into his wonderful light. Once you were not a people, but now you are the people of God; once you had not received mercy, but now you have received mercy.

Dear friends, I urge you, as foreigners and exiles, to abstain from sinful desires, which wage war against your soul. Live such good lives among the pagans that, though they accuse you of doing wrong, they may see your good deeds and glorify God on the day he visits us.

This begins a new section in which Peter uses Old Testament imagery to show that believers are in fact a new people of God who have come to possess all the blessings of the Old Testament but in far greater measure.

In this text, Christ is referred to as “the Living Stone”. This is an interesting metaphor because stones do not live. No doubt this is a reference to Jesus’ words in Matthew 21 where He applies Psalm 118:22 to Himself. Peter is going to use three Old Testament prophecies and apply them to Christ. The fact that Christ is the “Living Stone” shows His superiority to the Old Testament temple made of dead stones. This reminds us that we should no longer embrace the old way to approach God, for this new way is far better.

In verse five, Peter extends the stone imagery to all believers. Like Christ, Christians are stones that live. As believers, we are being built into a spiritual house in which Christ is the chief cornerstone. The temple of God now exists in the hearts of those who have put their faith in Christ. The beauty of this new spiritual house should no longer be expensive gold and precious jewels, but the never ending beauty of holiness in Christian’s lives. As a holy priesthood, we are called to offer up our lives as living sacrifices. (See Romans 12:1)

As Peter closes out this section, he has some great things to say about believers. We are a “chosen people, a royal priesthood, a holy nation and a people belonging to God”. Just as Israel was God’s chosen people in the Old Testament, we are His chosen ones in the New Testament. Because of what Christ has done, we have been given the honor and privilege to be Christ’s ambassadors to a lost world. As a royal priesthood, we are called to represent Christ to those He died to save. Even though we were once far away from God, we have now been brought near to Him through the blood of His Son.

Peter finishes this section by once again reminding his readers to pursue holiness. Once again, we do this by displaying godly attitudes that have been shaped by the Word of God. We are to live our lives in such a way that the unbelieving world cannot accuse us of being evil. Peter is making the point that true holiness is not “some pious position that is to be assumed”. It is not simply refraining from doing worldly things. Holiness is walking in humble submission to the Creator of the universe all the while reflecting his character to those who do not know Him.

What does the Living Stone mean to you? In what ways does your life reflect “living stones” that are part of a spiritual house? What does it mean to be a royal priesthood? How does your life bring praise to Him who called you out of the darkness into His wonderful light?

Holy and Righteous Father, thank You for calling me out of the dominion of darkenss and bringing me into Your glorious light and life everlasting with You. Lord, help me and Your church to walk in humility by the power of Your Holy Spirit within us. Remind us of Your truth through out the day, lead us by Your love. When we speak let it be Your words, when we serve let us serve with Your strength. As ambassadors of Christ, cause us to live today wholly surrendered to You, compelled by Your love. In the Name of Jesus Christ I ask, amen. 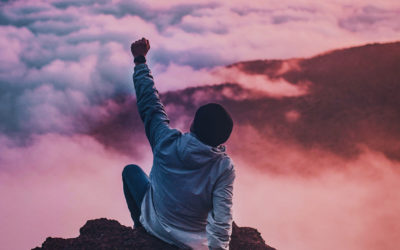 Contend for the Faith

Jude, the author of this short letter, is the half brother of Jesus. Many see Jude as a companion letter to 2 Peter since Jude writes concerning… 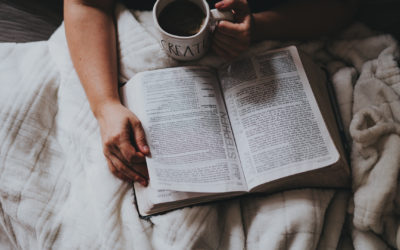 Grow in the Grace and Knowledge of Jesus

While we wait for that glorious day, we need to keep in mind that, “our Lord’s patience means salvation.” His patience in delaying His return is…

The Straight Way vs. My Way

In order to understand what Peter is warning his readers about, you must first understand the false teaching that had become prevalent at the time…