The Example of a Godly Woman

I commend to you our sister Phoebe, a deacon, of the church in Cenchreae. I ask you to receive her in the Lord in a way worthy of his people and to give her any help she may need from you, for she has been the benefactor of many people, including me.

In this final chapter of Romans, the Gospel manifests itself through the lives of ordinary people. It is important to recognize that in the pagan Roman Empire there were believers walking through the streets of major cities with the joy of the Lord in their hearts and the wonderful Gospel message on their lips. Here, we see the practical outworking of Paul’s Christology. There are several dozen people mentioned by name in this chapter. All were either believers living in Rome or they were believers who were with Paul at some point in his missionary journeys.

The chapter begins with a commendation to a woman named Phoebe. Many scholars believe she is the person who carried Paul’s letter to Rome. Apparently, she was a very prominent woman in the church. She is called a “servant of the church.” Despite the modern-day belief that Paul was a chauvinist, here we see how much he valued and respected women. He affirmed their roles in his personal life, in the mission of spreading the Good News, supporting the ministry, educating the believers, serving the believers, and even carrying this most significant letter to Rome.

Phoebe was a shining example of a woman who fulfilled Paul’s admonition to remain single if possible (1 Cor. 7:34). Whether male or female, being single allows more time, energy, and flexibility to serve the Lord. Paul affirmed her as “his own sister,” and introduced her to the Christians in Rome as “their sister.” She was a servant, performing some kind of servant-leadership role in the church. She is called a “benefactor.” She supported Paul and many others either through her income or from an inheritance. She knew she was a steward of God’s resources, not an owner, and she shared them with an open hand. Phoebe was trustworthy. Paul entrusted her to deliver his most important comprehensive letter to the church in Rome.

Finally, Paul wanted the people who received her in Rome to recognize her value in his eyes, honor her with respect, and care for her needs as she had cared for the needs of many others. Clearly in his list of names, Paul recognizes ten women for their faithful devotion to Christ and His church. Regardless of their situation, they were affirmed as women at a time when women were often seen as property to be owned. Their godly lives should be an example to us all.

How do you view the importance of women in the life of the church? Do you value single believers the same as you do married believers? What is the one thing that impresses you the most about Phoebe?

Suggested Prayer
Faithful Father, You are loving, kind, patient, open, inviting, and forgiving. Thank You for how I see so much of Your Spirit in and through the women at Oak Pointe Church. Thank You, Abba for their faithful love. Lord, I lift up those who are single to You and ask that they continue to keep their eyes on You, Lord, as they serve You with undivided devotion, the church, and those around them. Bless and encourage them today. Surround them with Your love and provision. Remind them that You have a purpose and a plan for them that’s for good, even when the “American dream” says having a spouse, kids, and house is the dream. Cause their identity to always be rooted in You, Jesus Christ. I ask in Your name. Amen.

← The Stronger Defers to the Weaker Dealing with Divisive Groups → 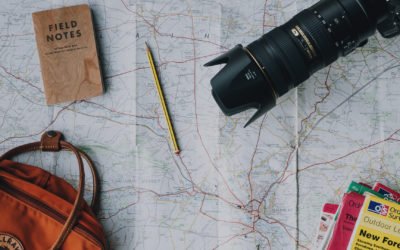 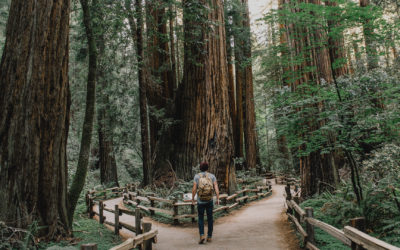